Dear ones, again we speak to you of the many changes taking place within this present timeline as mankind ascends into a new and higher dimensional energy. There are many still unaware of what is going on and thus continue to live their lives as usual, even trying to convince awakening family and friends, to continue in the old ways. However, these dear ones are finding that to continue trying to live in energies that are quickly disappearing, does not bring the desired or familiar results. Much third dimensional energy and its manifestation has dissolved or is beginning to dissolve now.

The protests and dissatisfaction you observe among the people of many countries is because they have begun to resonate with the new and higher frequencies resulting in an awakening dissatisfaction with the old, leading them to seek change through new forms of governance, living, education, medicine etc. So called “leaders” of many of these countries feel threatened by change and do not respond, choosing instead to lash out with violence and rejection. Eventually these “leaders” must fall because the energy holding these situations in place is dissolving. Where does the shadow go when light is shown into it? In your quiet time focus on peace, not on anti-war. You see, there is a different energy in resistance to anything. Resistance gives power to something that in reality has no power, and is a facet of duality. END_OF_DOCUMENT_TOKEN_TO_BE_REPLACED

28MondayApr 2014, Begin to claim your birthright, recognize and manifest it, The Arcturian Group 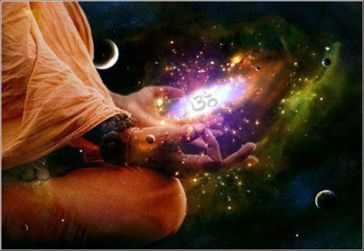 We are the Arcturian group and we are here to assist those of earth in their ascension into the higher frequencies of love and light…frequencies that many do not yet even know exist. Many still live lives enmeshed in unawareness, hypnotized by the pictures presented within third dimensional vibration because a “veil of forgetfulness” is in place on earth. Mankind is struggling to remember who they are while in the density of believing they are separate and apart from each other as well as their God…or if even there is such a thing as God. END_OF_DOCUMENT_TOKEN_TO_BE_REPLACED

(Full citations for messages by Matthew Ward, Wanderer of the Skies, the Arcturian Group, Mira, Saul, Hilarion, and SaLuSa and his colleagues are given in the “Bibliography”at the foot of this page.)

We Will Create by Thought

In your industrial and mechanized age noise is clearly a real problem, leading to illness through stress. That again will not be a problem in the higher dimension, as production where necessary will involve totally different methods that are noiseless. Much will be “thought” into being and sometimes involve groups of people, whose combined power will be so much greater. (SaLuSa, Oct. 28, 2011.)

Take for example the various resources of Earth that are used daily to sustain your world and its demands. In the higher levels that will become almost unnecessary as you will have little need to take from the Earth, when you can create what you want through the power of thought. In the same way as you dispose of your creations when there use has expired, there is no waste or pollution as all is returned to the unmanifest to be used again. When you reach such levels you will have the knowledge and ability to handle such matters, as your consciousness will be consistent with that expected of a Galactic Being. (SaLuSa, May 14, 2011.)
~~~~

Dear ones, once again it is that time on earth where the many are preparing to celebrate gratitude.  It is therefore time that you understand gratitude in a more enlightened way, for gratitude is simply the other side of love–they work together.  Gratitude is the flow of love  returning to you and thus creating a  circle of energy that flows out from and then flows  back to you.  It is spiritual living.

Everyday commerce is actually the flow of love and gratitude  interpreted by mind in a material way.  The service someone performs, or the product he sells is a 3d dimensional sense of love and your payment or barter is  the gratitude.  It is a circular and complete flow (out as love, back as gratitude) and the failure to express gratitude blocks this.

Businesses can only be truly successful when functioning in this flow of love and gratitude, especially as the vibrational level of Gaia rises.  Businesses that function only for their own self interests will no longer survive because the necessary energy flow will not be there to sustain them.  You are all familiar with business that you love to pay (gratitude) because they are so pleasant, honest, and have done a fine job (love).  You are all familiar with the other sort as well.    END_OF_DOCUMENT_TOKEN_TO_BE_REPLACED

Much change is now taking place and more is coming on ever broadening levels. We see that the manifestations of your awakening consciousness are beginning to surface and manifest outwardly.  Do not expect change to fit into a concept that you may hold  regarding how these changes must look, for that is very human and there are many who still preach and believe that ascension can only appear in a certain way.

We wish to speak of creativity.  The belief that mind and brain are the same thing, and that the brain is the only  creative source  is where many have gotten off track. This is only natural, as it is what you have been taught–to look at the mind/brain as creative source–and indeed it is, but not in the way mankind has been led to believe. … END_OF_DOCUMENT_TOKEN_TO_BE_REPLACED 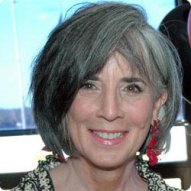 Greetings dear people of the great planet Gaia, we rejoice with you as we observe the Light  flowing forth from and to you at this time.  Earth is moving quickly toward a new universal energy which increases with every person who opens their heart and mind to new and higher ways of seeing.  We observe people the  world over questioning and asking themselves if what they are being told by those in charge is actually true.  This questioning  indicates  personal and universal receptivity  to truth which in turn  brings focus and change to the myriad  forms of  powerlessness so many still experience. This is how change happens. END_OF_DOCUMENT_TOKEN_TO_BE_REPLACED