This was just published by Cobra. I sense that this 6-21-14 solstice is somehow a significant one, even more so, in many ways, than any previous year. There are other events centered on this date (e.g., this one) as well.

“Shortly after the solstice, much intel that was previously withheld will be finally released and a new cycle of activity of the Light forces will begin.”

.Solstice on June 21st will mark a completion of an important operation of the Light forces. Nothing can be said about that operation yet.
Also, at the moment of summer solstice on June 21st, the process of activating the planetary Goddess archetype will begin. This will be activated by many women from the Resistance Movement and the Pleiadian fleet meditating and directing their loving energy to humanity. Summer solstice comes at 10 hours 52 minutes GMT. This equals 12:52 pm local time in Egypt and central Europe, 11:52 am BST in London, 6:52 am EDT in New York, 5:52 CDT in Chicago, 4:52 MDT in Denver and 3:52 PDT in Los Angeles. You can see the timing for other worldwide locations here: END_OF_DOCUMENT_TOKEN_TO_BE_REPLACED

Pleiadian Portal activation was successful. Confederation motherships have positioned themselves inside the Oort cloud. Many of them (mostly from the Pleiadian fleet) are now already within our solar system to prepare for the final liberation of the planet.

The Resistance is now assuming a more active role inside the solar system. Beyond their main stronghold on planet X, they are building many active bases in outer solar system.

Pluto’s moon Charon, which was once a military warehouse for the dark forces, is now one of the main military command centers of the Resistance for the final defeat of the Chimera group.

Many female members of the Resistance are living on some objects in outer solar system and using them as relay stations of the Goddess energy from the Galactic Central Sun towards planet Earth. END_OF_DOCUMENT_TOKEN_TO_BE_REPLACED 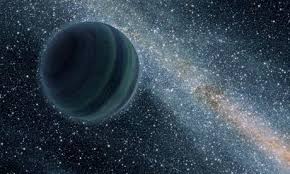 Click below to access the player to listen to the interview from Jan. 7th where COBRA recaps 2013 with Alexandra and shares his prognostications for 2014.

Thank you Alexandra and COBRA for your efforts to keep us abreast of developments.  ~ BP