[Here is a link to the first part of the “Part II” report.]

There is a lot of great news in this activation report. It appears the cabal is now throwing their own under the bus to protect themselves. Of course, it will not work. The Light has won.

See how this Cobra resonates with you. END_OF_DOCUMENT_TOKEN_TO_BE_REPLACED

Victory of the Light is near.  ~ BP

Time has come to release more intel about the Chimera group. Parts of this intel may seem unbelievable for some people, but truth is stranger than fiction.

This group includes the leaders of the dark forces from the Andromeda galaxy. They came to Earth in humanoid physical bodies 25,000 years ago and quarantined the planet. They have built a scalar electromagnetic fence around the Earth (the Veil), effectively preventing positive ET contact and thus isolating humanity. Then they constructed a vast network of subterranean cities, using Draconians as slave handlers and Reptilians as slaves and controlled the human population on the surface of the planet from there.

END_OF_DOCUMENT_TOKEN_TO_BE_REPLACED

and ‘The Event’, COBRA Update, Dec. 9th, on The Financial Reset, PLEASE VOTE!!!, The Event

There are drastic changes happening behind the scenes.

On the other hand, the Jesuits have infiltrated many agents inside the Eastern Alliance to hijack the process, hoping to create a global centralized financial system after the dollar collapses as a world reserve currency and the Illuminazi faction is removed:   END_OF_DOCUMENT_TOKEN_TO_BE_REPLACED 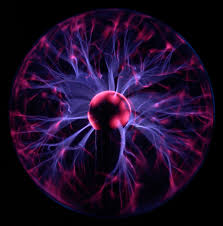 Huge hugs and thanks to every soul who meditated with us on Saturday. ~ BP
Monday, November 25, 2013

Opening of the Aion Portal Report

We have opened the Aion portal!  We have reached the critical mass! The videos alone had more than 200,000 views and countless thousands of people were activating the portal worldwide.

It is not a coincidence that historic Iran nuclear agreement was reached within hours after opening of the Aion portal:
http://rt.com/news/iran-historic-nuclear-deal-201/
This demonstrates the power of our unified consciousness, which does have the potential of influencing the geopolitical situation. As we have been able to help preventing military invasion in Syria after the activation of the Peace portal on August 25th, now we have basically eliminated the possibility of any future war with Iran.    END_OF_DOCUMENT_TOKEN_TO_BE_REPLACED

How will “compression breakthrough” look to you? Perhaps like the image above?  Now would be a good time to think about it.

COBRA has been right about many things. For example, there were no shenanigans on Nov. 11th, no false flag in Los Angeles, and no blackout.  What happened with the typhoon?  I wish I knew.  ~ BP   .. END_OF_DOCUMENT_TOKEN_TO_BE_REPLACED