We are the High Council of Orion.

As many of you know, this time of change and transformation, transition, within the consciousness of your planet, within the conscious energy of embodiment in the space where you find yourself at this time, you are moving to this place of living into your energetic reality, which means that you become a creator God within your life. It means that you begin to learn to understand the power of your creative abilities, come from within, and allow you to stop waiting for experiences, people, or information from the outside to make you whole, as if you are not whole in and of yourself at this moment in time. But to allow you to expand into this reality that you really are part of this field of Oneness where everything exists, where all that you need is within that field of information that you are energetically swimming in all the time. Learning to know, understand and connect with this idea that it’s all there and it’s not separate from you. It’s not unattainable. It’s not beyond your grasp. It is not something that others are specially able to have and you are not. It is not even being withheld from you in a punitive way. END_OF_DOCUMENT_TOKEN_TO_BE_REPLACED

It is popular in Japan today to drink water immediately after waking up every morning. Furthermore, scientific tests have proven its value. We publish below a description of use of water for our readers. For old and serious diseases as well as modern illnesses the water treatment had been found successful by a Japanese medical society as a 100% cure for the following diseases: 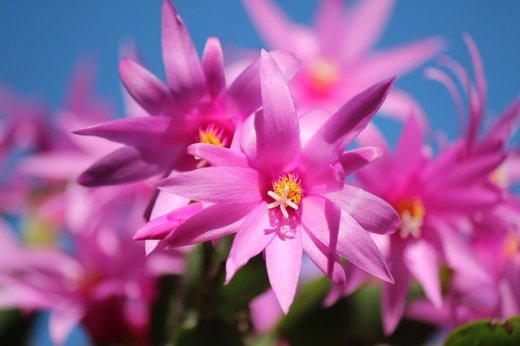 Thanks to The Galactic Free Press.

You are vital and important to the world. Your giving is more important than your receiving. Yes, I say that very clearly without doubt. This is not to say that you are not to receive. This is to say: Receiving is not enough. Whatever boons you receive, give out so that others have the benefit as well.

Sharing is natural. If you receive…

Humanity can communicate with various entities and collectives who’ve tasked ourselves with helping heal your planet of the widespread pollution that’s keeping your society in lower states of consciousness and poor states of health, and we’re here to help you through every bit of pain and difficulty you experience amidst the course of the daunting but, in the eyes of many of you, necessary earth experience.

We’re here to help you see that you’re infinite beings who are capable of orienting your planet to the harmonious and sustainable way of life so many of you are ready to see, and we’re here to remind you that you can connect with the higher realms in myriad ways if you wish to.

There are various ways you can connect with your higher selves and guides, and one of the simplest is to request our communion…

As you move through your day, take note of all the beautiful, minute, quiet miracles that happen around you; the soft and secret smiles, spontaneous laughter or a moment of epiphany on a person’s face. Even though they are not loud thunderclaps

from the sky or great feats of accomplishment, they are miracles in their own right. Take each one of them into your hearts to keep the Light of The Divine within you burning brightly. ~ Creator

END_OF_DOCUMENT_TOKEN_TO_BE_REPLACED

The Veil Is Breaking Down

The Veil Is Breaking Down

How would you react if when you closed your eyes you could see just as clearly as you can with your eyes open? Except it was showing you some other place. With my eyes closed recently, the blur of images are having various sections where the view is perfectly clear. The areas are changing places so the clear parts move around to different parts of the view. If we would consider “the veil” as something that obscures the other side of our current reality, this looks like sections of the matrix veil are burning out and allowing the perfectly clear view of what they have been hiding.

Some may have already passed this occurrence, others surely will experience it as well.

During Ascension itself, AAM cautioned us to anchor to Gaia when we ascend:

“When you ascend, it is important that you anchor with and on Gaia. Otherwise your feet, quite literally, are not on the ground.

“So when people can experience and go, jump, to the higher dimensions available within the human experience, it is important in the Ascension, both individual and collective, that you stay connected with Gaia.

“Think of yourself as a helium balloon and Gaia is holding your string. So, as you ascend you will be at this time within the Fourth, Fifth, Sixth, Seventh, brushing the Eighth, brushing the Third, but not really in those dimensions. So for people to think that they are going to ascend and simply go directly to the Eleventh or Twelfth would not be fully correct.” (1)

And what will we see and feel after we have ascended in the phase we’re now entering? END_OF_DOCUMENT_TOKEN_TO_BE_REPLACED