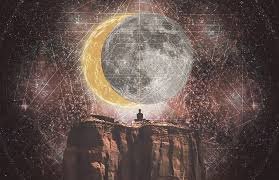 There is steady progress happening behind the scenes. The Eastern Alliance and their Western allies are taking further steps to prepare humanity for the financial  Reset:

Many factions of the Cabal (Illuminazi Texas boys, Zionist Rothschilds, Jesuits, Italian black nobility with the few remaining physical Archons) are losing their power fast and can not influence the Event timetable anymore. The only real force delaying the Event now is the Chimera Group within the global military-industrial complex with their physical strangelet bombs inside the military bases worldwide, coupled with the etheric Archon grid with their etheric/plasma scalar exotic weapon technologies and their ability to influence the behavior of the surface population.

As the last leyel of the etheric Archon grid is slowly losing its power, the Archon programming of the awakened part of the surface population is beginning to disintegrate. People are becoming aware of some limiting belief systems of the new age spirituality:

People are also becoming aware that suffering was never intended to be part of life experience and are finally realizing this Earth duality experiment was an error which needs to be corrected. This Correction is coming through the process of the return of Light:

Before the Archons erased the mystery schools in the 4th century CE, gnostics were fully aware of the process of Correction and now this knowledge is coming back again:

The most awakened part of the surface population is beginning to be actively involved in healing the etheric grid around the planet, as you can read in this article:

The writer of that article, Hilda van der Laan, had an interesting vision that actually describes the IS:IS portal activation:

»I had a vision from the light forces showing me the following symbols/picture guided with indigo blue and violet lights: people standing in pillars of light (near future),within an upwards and downwards spiral of light (vortex/DNA spiral). Above their heads in the spiraling pillar of Isis, which represents the activation of the female principle, the etheric chakras above the heart. The downwards spiral provided by rainbow ships in the sky, sharing their energies with the people on the surface, activating the 144.000.«

All those signs of awakening are a good indicator that final victory of the Light is near.