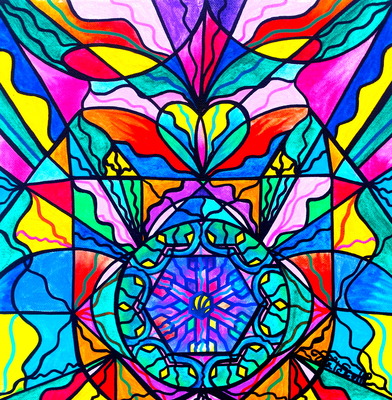 “Sovereignty starts in your heart, where you get out of your mind and you sit in the seat of your heart and realize that you are in charge of this hologram that is this world. We all are sharing a reality and when you stop sharing your own reality for long enough to stand up and say “NO” I do not consent to propaganda, I do NOT consent to construction to destroy the rainforest, I do NOT consent to a reality that harvests energy of it’s people, I do NOT consent to the murder and slaughter of people world wide. When you say “NO” and stand up in the boundaries of “NO’” that you created and say “I WANT CHANGE” In the mighty I AM presence, co creative pro-creative self, you have the balls or the ovaries to stand into your convictions and make…

Last week will remain in your memory forever. Your sadness when you learned that one of your greatest supports must leave for a while. Understand that he has work of great importance to carry out. He will return and work alongside you when the timing is right. He will be safe. He is your friend and will always be there to support and assist you.

We opened your minds to the ley lines, etc. Now we show you what is being done to control you: all of you. We arranged for Andrew Bartzis and you to connect. Andrew was able to explain what those who control your world are doing to you to change your life paths. Andrew has written a very effective method of CUTTING THE TIES THAT BIND YOU AND KEEP YOU LOCKED INTO THE SYSTEM OF CONTROL. END_OF_DOCUMENT_TOKEN_TO_BE_REPLACED

Master Kuthumi: The Universe is Listening, channeled by Natalie Glasson, April 25, 2014 at http://omna.org

It is with the deepest of love and respect that I connect with your energies today, bringing forth consciousness and love through my being from the Creator. My communication is based upon insights and understandings which are circulating upon the inner planes, the wisdom I share with you is not new on the inner planes but the intensity of the understanding has been enhanced tremendously and so I feel compelled to share with you at this time.

The Creator is asking and reminding all beings to listen out for love, the love of the Creator, the universe and all forms. From the very core of the Creator a vibration has been emanating becoming stronger and more prominent speaking and asking all to listen.

and also HIV, Another Reason Marijuana is Illegal (in Most Countries), It Prevents The Spread of Alzheimer’s, Parkinson’s

The overwhelming evidence of the curative powers of marijuana and cannabinoids leave little doubt that the pharmaceutical industry is behind marijuana prohibition laws.

The amount of research now validating the truly remarkable nature of this healing plant is simply enormous. According to new findings published in the journal PLoS ONE, researchers have now have now discovered that marijuana-like chemicals trigger receptors on human immune cells that can directly inhibit a type of human immuno-deficiency virus (HIV) found in late-stage AIDS. END_OF_DOCUMENT_TOKEN_TO_BE_REPLACED

' The Heart of REIKI ', a Chakra Meditation Music !, Merlin's Magic

a beautiful ONE hour Meditation Music for YOU to meditate religiously , ..de-stress…and rejunevate your heart , body and soul !

JACK LEW ANNOUNCED AT 5:00PM ON AN OBSCURE CHANNEL.

GOLD BACK MONEY AND THE REPUBLIC WAS INSTALLED AT 10:00 PM RENO TIME.

TIER 1 PAID OUT, TIER 2 PAID OUT AND THE PUBLIC IS NEXT.

The game of espionage is dangerous. Those at the top of the ladder are unknown to the populace. Their names are never used in public. The closely guarded secrets are no longer secret. It was important that we found who was giving orders and running the show. END_OF_DOCUMENT_TOKEN_TO_BE_REPLACED