Dearly beloved children of the universe,

We come to you today in celebration of the new beginnings unfolding on your GAIA. Many of you have been waiting this moment of eons, those of you who are first timers on earth and the ones that have come to liberate this planet from the veil of forgetfulness who are the first wave to arrive on this planet, understand the preciousness of this moment quite well. For this is indeed that which you have been striving for, for so long, finally it is to unfold before you.

What you are about to see is the unconditional love that all of you have been harmonizing within your hearts, spread to many finally all at once. For you are to see the acts of kindness of humans to one another and to their nature brothers and sisters (animals), unfolding daily before you. Many a stories are to be published in your journals, many a stories are to appear on your Internet and in the news announcing this and that se experience, of humans being kind and understanding to one another.   END_OF_DOCUMENT_TOKEN_TO_BE_REPLACED

Greetings this is Lord Sananda through Elizabeth Trutwin. Christmas Greetings Everyone. This story began two thousand years ago. The role of the Virgin Mary was played by the consort of Archangel Raphael, his Twin Flame, Mother Mary. St. Germain played the role of Jesus’ Father, Joseph. Archangel Michael was stationed in the MotherShip, the New Bethlehem and it Guided the Three Magi by both day and by night. Later, my consort Twin Flame, who is Lady Master Nada played my wife, Mary Magdalene. Several hundred years after my Ascension the few who wished to control the many called her a prostitute and many important points about that Mission were wiped away with completely false information. During Jesus’ lifetime there were the Teachers in the Temple, the Rabbis who were sacrificing animals, an abomination and these mortal men were bought and sold. This was not unlike the Mission in Egyptian times when I played the role of King Tut and the Amun Priesthood worshipped multiple gods and collected gold from their followers. During Jesus’ lifetime the royalty and their political representatives established the law of the land and the few could not tolerate freedom or peace. They thrived on fear, strong justice, including murder, intimidation and collecting their false taxes. Things have not changed much, in some ways, since 2000 years.   END_OF_DOCUMENT_TOKEN_TO_BE_REPLACED

and the Ascension Process, Carnal Pleasures, Inelia Benz, pleasures of the flesh, Sex and Enlightenment

Carnal pleasures are not incompatible with ascension. In fact they can help. However, they are a two edge sword, just like any modality based in the body, mind or spirit.
For our existence on Earth, love and pleasure are closely related. Physically speaking, they create a lot of the same chemicals. We say things like, “I love to dance”, “I love to eat”, “I love sex.”

Going without is not the answer. Indulging every pleasure can also become a trap. The way it traps is by sex or physical pleasure being hijacked by the ego, or small self.   END_OF_DOCUMENT_TOKEN_TO_BE_REPLACED

24 December 2013, Creator, Looking Down On Others, The Creator Writings

If you choose to judge or look down on others, you effectively stop your own growth. In being yourself and allowing others to be who they are, your Earth-plane existence will weave a beautiful tapestry of Love. You may not always agree, but you can accept. ~ Creator

(Full citations for messages by Matthew Ward, Wanderer of the Skies, the Arcturian Group, Mira, Saul, Hilarion, and SaLuSa and his colleagues are given in the “Bibliography”at the foot of this page.)

We Will Create by Thought

In your industrial and mechanized age noise is clearly a real problem, leading to illness through stress. That again will not be a problem in the higher dimension, as production where necessary will involve totally different methods that are noiseless. Much will be “thought” into being and sometimes involve groups of people, whose combined power will be so much greater. (SaLuSa, Oct. 28, 2011.)

Take for example the various resources of Earth that are used daily to sustain your world and its demands. In the higher levels that will become almost unnecessary as you will have little need to take from the Earth, when you can create what you want through the power of thought. In the same way as you dispose of your creations when there use has expired, there is no waste or pollution as all is returned to the unmanifest to be used again. When you reach such levels you will have the knowledge and ability to handle such matters, as your consciousness will be consistent with that expected of a Galactic Being. (SaLuSa, May 14, 2011.)
~~~~

and the Love Within, endocrine system, False Idol, False Idols, On Healing 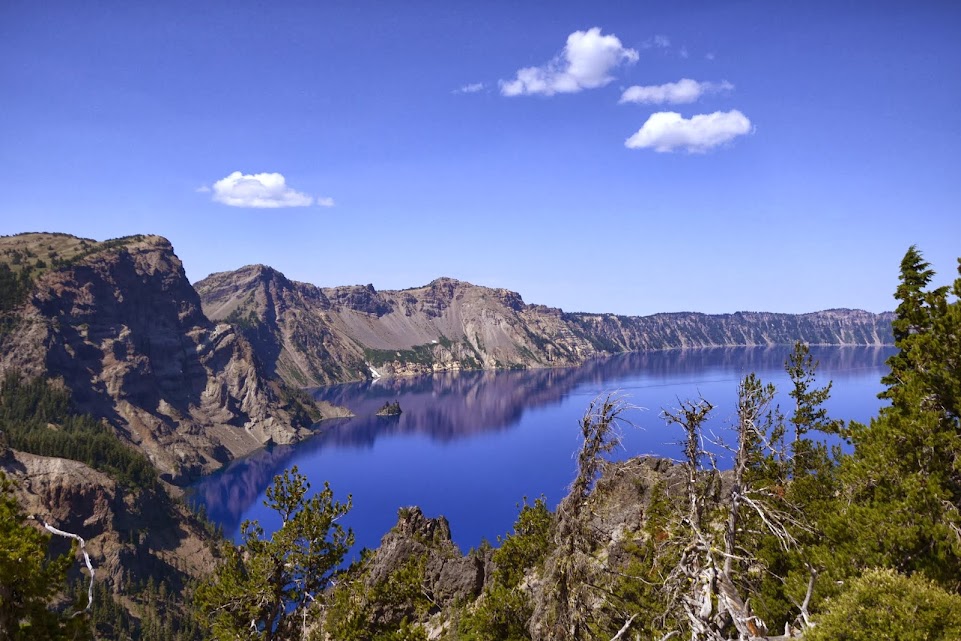 Beauty is timeless, any day of the year.

Happiest of Holidays to everyone. The image above, one of many that we took on a postcard day at Crater Lake, Oregon, is just one of a multitude of wonderful impressions that have graced my consciousness as memories from 2013, which for me, has been the Year of the Road Trip.

It’s been two weeks since I returned home from the most recent one, which is encapsulated in the image below.   END_OF_DOCUMENT_TOKEN_TO_BE_REPLACED

The best known example of the triad is the Father (Godhead), Son and Holy Ghost of Christianity. But there was also the ancient Egyptian divine triad of Osiris, Isis and Horus, and the ancient Druid holy triad of Beli, Taran and Esus, not to mention the three great gods of Greece – Zeus (the sky), Poseidon (god of the sea and the power of the earth) and Hades (the underworld), mirrored in the Roman Jupiter, Neptune and Pluto. Hinduism has the triad of Brahma the creator, Vishnu the preserver and Shiva the destroyer.

The Egyptian trinity of Isis, Osiris and Horus is linked with the Knights Templar and the figure of John the Baptist. The Templars were accused of worshiping the ‘evil’ image of a human head – a carved head reliquary – which they called ‘Baphomet’. This head has been described as having two faces back to back, or perhaps three heads or faces – two faces back to back with a third placed centrally (like the three-headed Celtic god Bran). Some say that Baphomet had the face of a man or woman or both. But if it had two faces, then it was most probably a head with a male and a female face back to back, in which case it is more than likely that it was modelled on the two-faced Roman god Janus, the god of new beginnings and/or endings, of spiritual portals and gateways. Janus was also the god of change, transition or transformation from one condition to another and one ‘world’ to another, which relates to the midpoint between the opposites being a gateway.   END_OF_DOCUMENT_TOKEN_TO_BE_REPLACED

Yarn, Yorkshire and All Manner of Wonderful Things!