Many people in the world today are running blindly, haphazardly seeking their elusive higher Self and purpose with frustration levels that border on insanity. They feel so disconnected from life, people, and their callings that they change directions over and over without thought or without pondering possible repercussions. They are fearful and anxious about life without knowing why, and this disconnection is a root cause of the present rampant pandemic of stress-related disorders. With this in mind, the intent of this article is to provide a method to help you align with your higher Self through the wisdom of your body, and to recognize this connection when you achieve it. Once you align in this way, you are forever empowered. Your purpose becomes clear, you are on track, and your life begins… 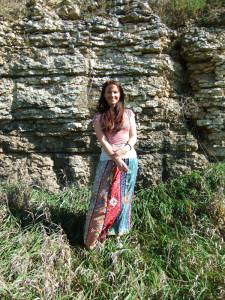 My own thoughts follow an excerpt from The Examiner’s post by Deborah Dupre, which includes the following passage:

“H1N1 Swine Flu has been widely reported to be a lab created bioweapon that a host of independent doctors, whistleblowers health advocates have warned the public about since 2009. [See: OPERATION H1N1:Vaccine Liberty or Death.]

“‘I am making a plea to everyone who reads this,’ Dr. Patricia Doyle had said in 2009. ‘Please, please DO NOT TAKE ANY VACCINE THAT IS PURPORTED TO “PREVENT” THIS FLU.’

“It won’t do a thing to prevent this flu. What it will do is serve up new genetic material to the Swine Flu virus that I have dubbed Spanish Flu 2, the Sequel. The Spanish Flu variant will use the gene sequences in the vaccine in humans to develop more of the changes that make the virus more readily infect humans. We do not want to give this virus more human genetic material so that it will infect humans more readily person to person. This is what vaccinated individuals do for pandemic strains. (Dr. A. Patricia Doyle, Do Not Take A Swine Flu Vaccine, Centre for Global Research, April 26, 2009)   END_OF_DOCUMENT_TOKEN_TO_BE_REPLACED 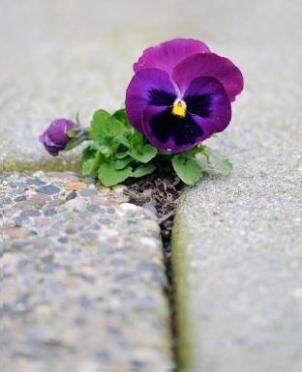 I know that you have had moments where you may feel very small and insignificant…….and that, my Love, is the furthest thing from the truth.

With that in mind, let Me paint you a picture; a flower releases a seed to the wind. It does not know where that seed will land. It finds a home in a very tiny crack of a sidewalk, takes root and begins to grow. The concrete does not stop it from growing, instead, it will move and shift out of the growing seed’s way and make room for its beauty. YOU are that seed that, once it finds a place to grow, can move mountains for growth. Always, always remember, you are a powerful force in your world. ~ Creator

Here we are, one year after the fabled December 21st 2012 date that many of us thought was going to herald a glorious and sudden shift into a higher state of consciousness.

How do you feel a year after this date, which saw some disappointed and others more motivated to glimpse the spiritual realms and create change? Personally, I feel a stronger drive than I ever did last year to create change and bring this planet into the higher vibrations, and I now recognize that a tremendous shift just can’t happen all at once.

An incredible shift like the one we’re experiencing just can’t be tied down to a day or a specific timeframe, because it’s so potent that we wouldn’t be able to handle such a dramatic change in our consciousness. Since the 21st of December last year, I’ve begun to understand that real change, inner and outer, starts in the minds and hearts of each of us.   END_OF_DOCUMENT_TOKEN_TO_BE_REPLACED

“White is the Light of the heavenly Son, bright the beam of Frea’s swan song, round Sun’s curve the Ibis on, seed-sphere of life the IB is on, straight the way of Akh-in-Aten, pure is the call of the Bennu bird, cleansing its fire, the Wave is the Word, cresting the wave the Son is On.”  ~ Rowena

On this day of the Solstice, and the beautiful energetic peak it represents, I would like to speak a little about the Comet ISON, and the nature of the frequencies I feel it to be, to be igniting here on Earth and in the hearts of humankind. 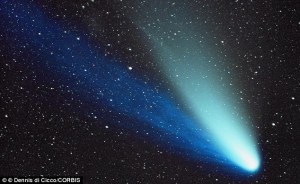 ISON first came onto my ‘radar’ after inner communions with Deneb, the alpha star of Cygnus, the Swan constellation, in October. I had not felt this direct ‘beam’ of Cygnus since leading into the Spring Equinox of 2013, and had a strong visual of an arc of light coming through the solar portal to Earth from Deneb, in connection/fusion with her partner stars of the Summer Triangle, Aquila (Altair) and Vega (Lyra). Two days later, I saw a transmission (video) by Tolec and the Andromeda Council, stating that what is known as the comet ISON was in fact a biosphere from the Cygnus constellation, and that it was being flanked by two Procyon ships.   END_OF_DOCUMENT_TOKEN_TO_BE_REPLACED

When I read this article I truly had a *thud* moment as my jaw hit the floor.  Seriously!!  My husband Nick sent this to me this morning, saying that as soon as he read it, he knew it described me.

A little background:  I have long hair.  Really Really long hair.  I mean, I actually sit on it and have on occasion almost strangled myself (and others, lol) with it.

For the past couple of years I have been saying “I have to cut my hair…. even just a trim…..”  I plan for it, arrange it…… and then I can’t do it.  It has become very clear to me this last few months that it’s not just laziness or even vanity.  I literally just can NOT cut my hair!

I was suppose to cut my sons hair…. yea, I can’t cut that either.  My best friend that we’re visiting wanted me to cut her hair for her and it took me 4 weeks to finally force myself to do it!

The funniest thing about this article is that I always wear my hair either in braids or coiled on the top of my head, and for the past year I’ve joked that my braids are my antennae and I’ve been talking about braiding copper wire into them so that I get better reception, lol !!!!!   END_OF_DOCUMENT_TOKEN_TO_BE_REPLACED

Abraham Hicks, choice, job, There is only one job for you to do – ever!!!

“Don’t try to micro-manage the path of unfolding to get what you want.Trust the Universe to do this.

Which means you have to find a way of ignoring all of those irrelevant – and we mean it – every single thing that holds you out of the Vortex is now irrelevant because it’s done it work, and what’s relevant is in the Vortex, you see what we’re getting at?

So, you’ve got a choice.You can either poke around in the specifics and hold yourself away from the solution, or you can LET IT GO.”