Welcome to http://NewWorldNextWeek.com — the video series from Corbett Report and Media Monarchy that covers some of the most important developments in open source intelligence news. This week:

The sight of someone eating will not appease your hunger.
The spiritual experiences of others cannot satisfy your yearning.
–Traditional

WASHINGTON – November 14 – In a new petition by global corporate watchdog, SumOfUs.org, more than 215,000 people worldwide are demanding that Nestlé immediately stop draining groundwater from poor villages in Pakistan to make its Pure Life bottled water, and take steps to ensure that the people of these villages have access to safe, clean drinking water.

Annals of Obliviousness: The brilliant minds at J.P. Morgan came up with the idea of a question-and-answer session on Twitter using the hashtag#AskJPM, evidently unaware that everybody hates them. Hilarity ensued. Some samples: “As a  young sociopath, how can I succeed in finance?” “How can a company spend $100,000,000 per day on legal expenses and not be a criminal enterprise?” “Can I have my house back?” “Is it true that, while you don’t always spit on poor people, when you do, you have perfect aim?” “Did you have a specific number of people’s lives you needed to ruin before you considered your business model a success?” and “Where do babies come from?” After the insults started streaming in, JP Morgan “cancelled” the Twitter session, evidently unaware that you can’t cancel Twitter. Good times.

Power companies in Germany are shutting down gas and coal-fired power stations due to the growth in renewable energy.

E.ON announced in August that it has closed or left idle 6,500 megawatts (MW) of conventional generating capacity. Days later, RWE said it would disconnect 3,100MW with “further power stations being assessed” for suspension or closure.

“Due to the continuing boom in solar energy, many power stations throughout the sector and across Europe are no longer profitable to operate,” RWE said in a statement.

The affected RWE power stations, located in Germany and the Netherlands, represent around 6% of its total capacity.

Chancellor of Germany, Angela Merkel, has established national targets for the country to get 35% of its electricity from renewables by 2020, and 80% by 2050, as she plans to shut the country’s nine nuclear reactors within a decade.

Alright. We’re in a very potent time period that requires quite a bit of self examination, specifically Neptune and Chiron both going direct in the psychic sign of Pisces.

In the specific way that I look at the esoteric realms, this is calling for inner healing, inner examination of one’s thoughts, where your distractions are in terms of the thought processes, and to really kind of hold yourself on task to be a better person, to be a better friend, to be maybe a better guardian of your pets, of the earth, etc.  … END_OF_DOCUMENT_TOKEN_TO_BE_REPLACED

Uploaded on 14 November 2013 by breakingtheset Abby Martin gives a call to action for a March Against the Mainstream Media on November 16 by talking about the abysmal failure of the fourth estate and the lack of public knowledge about important issues.
LIKE Breaking the Set @ http://fb.me/BreakingTheSet
FOLLOW Abby Martin @ http://twitter.com/AbbyMartin 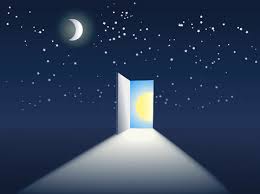 Thank you, Colleen, for sharing this. I know of an extremely powerful warrior who is experiencing this very challenge. Her past lives are rearing their ugly heads and forcing her to face her demons—her past fears and horrific experiences as another finger of consciousness from her soul monad when she perished at the hands of the dark. These are challenging times for many of us to varying degrees, but it helps to understand what is happening and why we feel as we do.  If one hasn’t had a ‘karmic clearing’ or ‘soul healing’, (I recommend this one from personal experience) they could be in for a very rough ride.  ~ BP  … END_OF_DOCUMENT_TOKEN_TO_BE_REPLACED